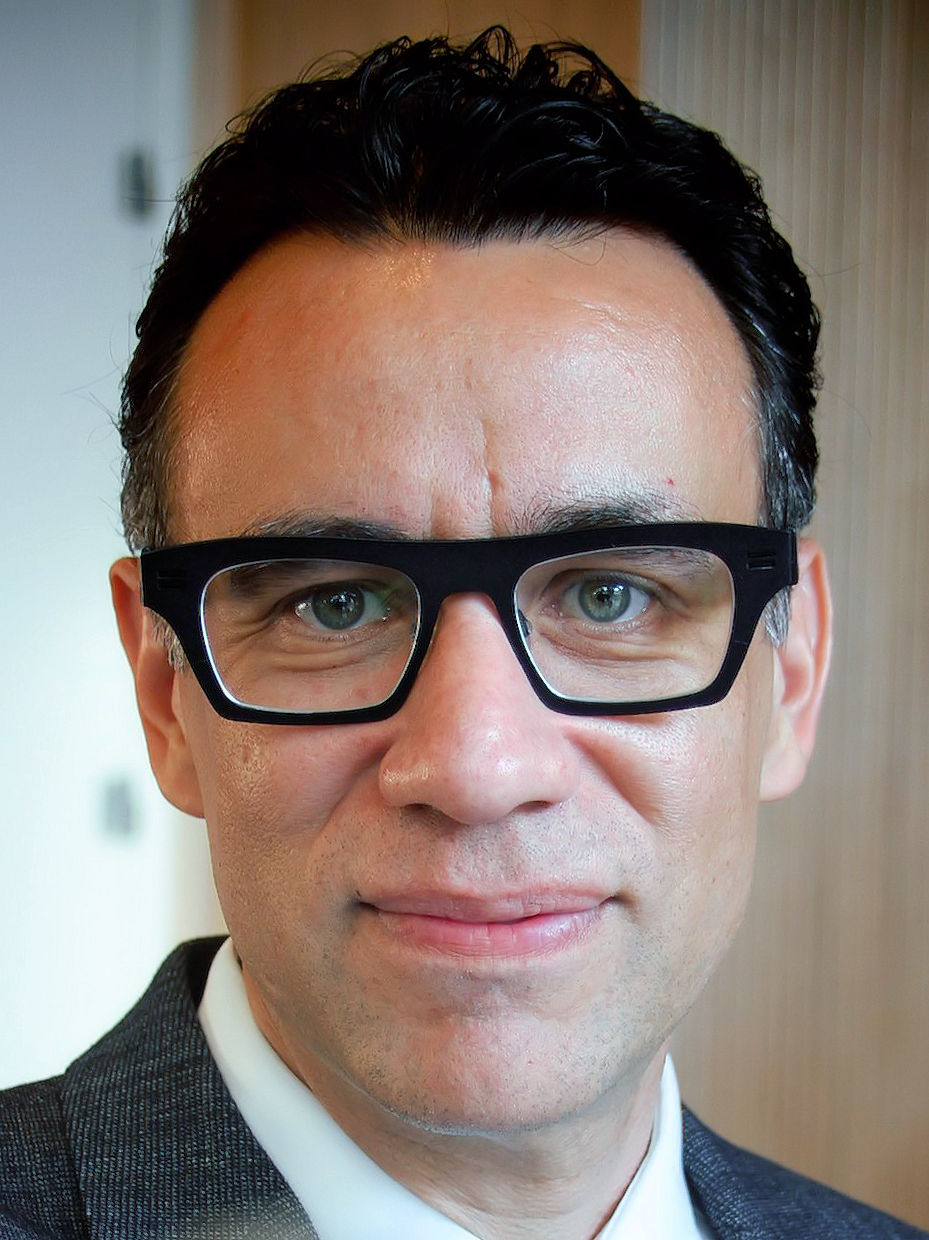 Fereydun Robert "Fred" Armisen (born December 4, 1966) is an American actor, comedian, writer, producer and musician best known as a cast member on ''Saturday Night Live'' from 2002 until 2013. Armisen has portrayed characters in comedy films, including ''EuroTrip'', ''Anchorman'' and ''Cop Out''. With his comedy partner Carrie Brownstein, Armisen is the co-creator and co-star of the IFC sketch comedy series ''Portlandia''. Armisen founded ThunderAnt.com, a website that features the comedy sketches created with Brownstein, and is the bandleader and frequent drummer for the ''Late Night with Seth Meyers'' house band, The 8G Band. For his work on ''Portlandia'', Armisen was nominated for an Emmy Award for Outstanding Writing for a Variety Series in 2012, 2013 and 2014 and for Outstanding Supporting Actor in a Comedy Series in 2014. He has also won two Peabody Awards, one in 2008 as part of the ''Saturday Night Live'' political satire cast and one in 2011 for ''Portlandia''. Provided by Wikipedia
Showing 1 - 20 of 21 for search: 'Armisen, Fred, 1966-', query time: 0.12s
Search Tools: Get RSS Feed — Email this Search — Save Search