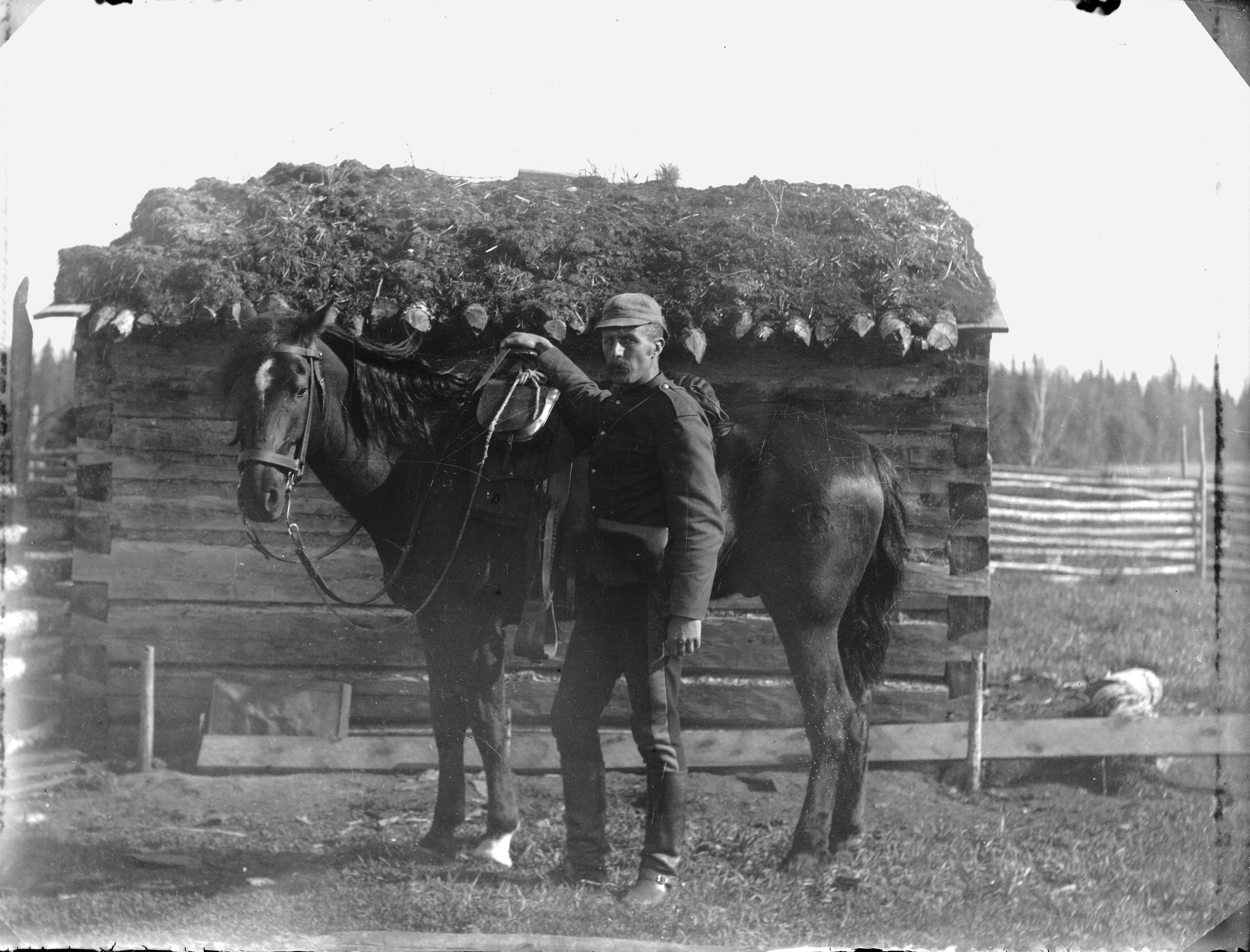 The Royal Canadian Mounted Police (RCMP; ; colloquially known as the "Mounties", and internally as the "Force") is the federal and national police service of Canada. The RCMP provides law enforcement at the federal level. It also provides provincial policing in eight of Canada's provinces (Alberta, British Columbia, Manitoba, New Brunswick, Newfoundland and Labrador, Nova Scotia, Prince Edward Island, and Saskatchewan, i.e. all except Ontario and Quebec) and local policing on contract basis in the three territories (Northwest Territories, Nunavut, and Yukon) and more than 150 municipalities, 600 aboriginal communities, and three international airports. The RCMP does not provide active provincial or municipal policing in Ontario or Quebec. However, all members of the RCMP have jurisdiction as a peace officer in all parts of Canada, including Ontario and Quebec.

Despite the name, the Royal Canadian Mounted Police is no longer an actual mounted police force, with horses only being used at ceremonial events. The predecessor NWMP and RNWMP had relied on horses for transport for most of their history, though the RNWMP was switching to automobiles at the time of the merger.

As Canada's national police force, the RCMP is primarily responsible for enforcing federal laws throughout Canada while general law and order including the enforcement of the criminal code and applicable provincial legislation is constitutionally the responsibility of the provinces and territories. Larger cities may form their own municipal police departments.

The two most populous provinces, Ontario and Quebec, maintain provincial forces: the Ontario Provincial Police and . The other eight provinces contract policing responsibilities to the RCMP. The RCMP provides front-line policing in those provinces under the direction of the provincial governments. When Newfoundland joined the confederation in 1949, the RCMP entered the province and absorbed the then Newfoundland Ranger Force, which patrolled most of Newfoundland's rural areas. The Royal Newfoundland Constabulary patrols urban areas of the province. In the territories, the RCMP is the sole territorial police force. Many municipalities throughout Canada contract to the RCMP. Thus, the RCMP polices at the federal, provincial, and municipal level. In several areas of Canada, it is the only police force.

The RCMP is responsible for an unusually large breadth of duties. Under their federal mandate, the RCMP police throughout Canada, including Ontario and Quebec (albeit under smaller scales there). Federal operations include: enforcing federal laws including commercial crime, counterfeiting, drug trafficking, border integrity, organized crime, and other related matters; providing counter-terrorism and domestic security; providing protection services for the Canadian Monarch, governor general, prime minister, their families and residences, and other ministers of the Crown, visiting dignitaries, and diplomatic missions; and participating in various international policing efforts.

Under provincial and municipal contracts the RCMP provides front-line policing in all areas outside of Ontario and Quebec that do not have an established local police force. There are detachments located in small villages in the far north, remote First Nations reserves, and rural towns, but also larger cities such as Surrey, British Columbia (population 468,251). There, support units investigate for their own detachments, and smaller municipal police forces. Investigations include major crimes, homicides, forensic identification, collision forensics, police dogs, emergency response teams, explosives disposal, and undercover operations. Under its National Police Services branch the RCMP supports all police forces in Canada via the Canadian Police Information Centre, Criminal Intelligence Service Canada, Forensic Science and Identification Services, Canadian Firearms Program, and the Canadian Police College.

The RCMP Security Service was a specialized political intelligence and counterintelligence branch with national security responsibilities, replaced by the Canadian Security Intelligence Service in 1984, following revelations of illegal covert operations relating to the Quebec separatist movement. CSIS is not part of the RCMP, but is its own entity. Provided by Wikipedia
Showing 1 - 6 of 6 for search: 'Royal Canadian Mounted Police', query time: 0.03s
Search Tools: Get RSS Feed — Email this Search — Save Search